Hurry Up! Get 10% Off Discount On Your First Order

SOME UNKNOWN FACTS ABOUT DIAMOND RINGS

A pretty and Pleasing Diamond ring can be for you special and can make your wedding fabulous.so we are going to talk about some unknown facts about a Diamond rings.

In India Diamonds or gemstones were engraved by 300 BC.

We can burn to any diamond, to burn any diamond we must have to burn or sear to a diamond on heat between 1290-1650 degrees Fahrenheit. By the House fires and torches, the temperature can be generated.

There are from D to Z grade diamonds are used most in jewellery, because of its fine clarity. But Diamond comes in different colours of the rainbow, for most natural coloured diamonds. In other colours like Blue, Green, Orange and red are the very rarest diamond, Yellow and brown diamond are the most general diamonds and also easy to get.

There is a misunderstanding with a word, that word is carrots or karats, so both words are incorrect and also are said in incorrectly.so Diamonds weight are measured in carats, not carrots or karats. The word carat is taken from keratin, the carob tree whose seed was used for centuries as the standard of weighing precious stones. Cause of in 1913 there, the seed cloud vary slightly in weight. Carat weight became metric; one metric carat can be equivalent to 0.2 grams or 0.007 ounces.

In 1905 the largest rough diamonds were discovered. That was Cullinan diamond, weighing in 3106 carats.

Where Does Diamond Come From?

Billions of years ago diamonds were formed due to the commixture of terrible pressure and temperatures of 1652–2372 degrees Fahrenheit at depths between 90 and 120 miles beneath Earth’s surface.

Due to through volcanic activity diamond stones or crystals spreads on the earth’s surface then diamonds are brought on closer to the surface.

We can find the diamonds in shallow alluvial where the stones after being transported away from the kimberlite pipes by geologic activity and rivers.

There 30 per cent of diamonds are gem-quality who mined worldwide. also, Most diamonds were found prior to the 18th century.

As early as In 1725 there diamonds were discovered in South America. The discovery occurred in Minas Gerais.

In 1840 Diamonds were found in North America, although this was soon eclipsed by Africa because of In 1860s and 1870s diamonds were discovered in Africa also.

The most valuable and costly Diamond Ring in the World

I would like to inform you that there is the most expensive diamond ring on our plant that is the blue diamond ring. This diamond has sold in 2013 for 9.49 million.

Popular months of the years for wearing a ring

Many times you think Valentine’s Day is the right day. Right? Hmm, I think you are close. But there is the most famous month in a year that is December.

How people wear the ring in a different way

Well, the general imagination is that all people around the world wear ring in the same way. But in some countries like USA, Canada, UK and France there people wear the ring on the left hand here. And who those from Russia or India’s people wear in the right hand.

Hey you want to choose the right ring

If you want to choose a right ring for you or someone so there you always need to keep in mind a thing that is diamonds 4CS (CUT, Color, Clarity, Carat) after the choosing Diamond now you have to come on shape now there is many shapes are available Like round cut diamond solitaire ring and Princess cut diamond shape ring. You can choose the right ring by cut, colour, and shape with your budget.

Here I am giving some rings for instance

This ring crafted by with a beautiful round diamond with prong setting and white gold. Prong setting that typically has four or six metal prongs that extend up from the ring's basket and over the gemstone. 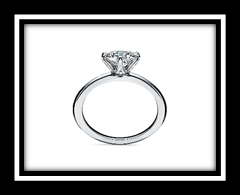 This ring crafted by with a pretty round diamond with bezel setting and yellow gold. Bezel setting. The bezel setting is characterized by a ring of metal that holds the ring's stone in place.

The Most popular rings types are:

Usually, the most famous or applauded shape of a ring that is Round Cut Diamond stone and the second beautiful shape is Princess cut diamond and with the diamond there is used metal like white gold and platinum.


Your shopping cart is empty.
Checkout

Login with email
Don't have an account? Sign Up
By signing up you agree to the Terms of Service
Return to Login
Please enter your registered email address. We will send you a link to reset your password