We are waiting for your Valuable Order !!

Home / The History of Gemstones

The History of Gemstones

From cleopatra to adele and david beckham, in history gemstones are called as healing crystals. Explore more about the history of gemstones from middle ages to 21st-century.

History of gemstones: the gemstones pulls us to back 25000 years. Therefore it’s evidence of humans with gemstones. Gemstones are being used all around the world. 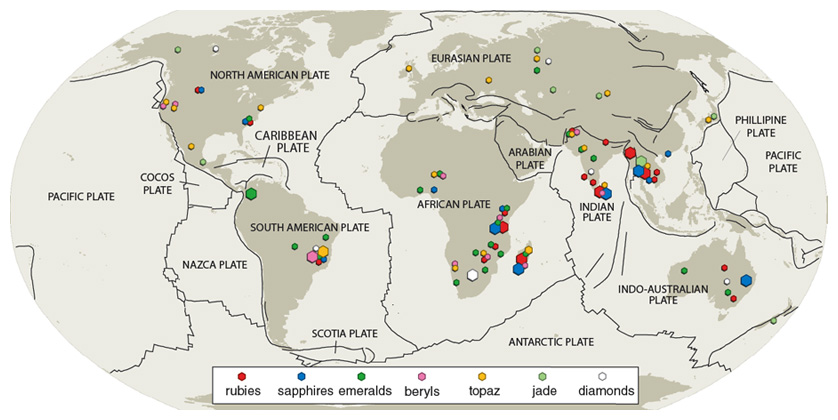 In 4000bc, Egyptian were being worked with steatite beads and gemstone jewellery made of carnelian, chalcedony, lapis lazuli and amethyst. The same time there around southern Egypt imported gemstone obsidian for weapons. Moreover, lips and lazuli type gemstone were put into jewellery for as means connect with god and goddesses.

300 bc in India, the diamond was described in world history for the first as the export from India. Gemstones are used for an Ayurveda medicine in India and also it’s considered as chakra power of gemstones and also it’s used by India's local Tantrik.

According to greek ancient they use to believe, gemstones was the powers of gods and goddesses for them. The greek also mackled crushed hematite powder on their soldiers. It was used to boost their strength. Greece history is connected to 1600 bc.

Like as greek and Egyptian, roman also believed in the spiritual power of gemstones. In 500 bc the first amulet appeared that was made of gemstones. They used sapphires, garnets, and pearls.

In Europe, healing crystals were used for all sport of physical and spiritual treatments in 11th-century Europe. Additionally, arnoldus Saxo and john Mandeville wrote about the healing power of gemstone jewellery.

How are gemstones made from?

Gemstones are made into the under crystallization high presser. During the process of crystallization, gemstones adopt the vivid colours and attributes cause of impurities. Additionally, all impurities become inclusions. And it gives extra optical phenomena in the gemstones.

How to ancient people mined gemstone: in ancient Egypt archaeological shows some evidence of mining of alluvial gemstone. Moreover in history, Sinai malachite was profitable to miners in 6th-millennium BCE due to its value. Pliny’s natural history records show emeralds from coptos hills.

Where can we get gemstones?

We get gemstones all around the world. However, certain areas of the world produce high-quality gemstones, such as Australian and Mexican fire opal, blue sapphire from India or tanzanite from Tanzania.

It’s totally daze from pleasuring of colour changes, it can change your mood with prestige.

Gemstone changes colour under the different light and eradiation it’s fluorescent and ruby is the good fluorescent gemstone.

It refers to the cat-eye effect into the gemstone. Chatoyant is the creation of the straight beam of light across the gemstone. It seems like cat eyes. And the best chatoyant gemstone is the moonstone

When we get to see star-like white rays on gemstones, then it’s called star-effect or asterism and additionally, star effect can be seen on garnet and emeralds.

When we get to see sparkling metallic glitter on the gemstone. Sunstone can be seen as with heavy glitter and sparkle.

Iridescence is a prismatic play of colour, mystic topaz types of gemstones are represented the colour of the rainbow.

Some gemstones can change colour, it’s depending on the mood of the wearer. Mood stones work on when body temperature reacting under varied lighting.

Uses of gemstones in history

There is a gemstone present in every part of the body such as bloodstone for a blood disorder.

There the chakra anatomy is alone, to using gemstones for healing rituals, and it is easy to find its testimonials of people.

And there are its second uses like it works as divination and fortune-telling. Other uses of gemstone in spiritual, they are using for karmic therapy, and meditation. Reason of this it works on the mind and to clear negative vibrates from the mind.

Emotional healing properties of gemstones: in whole history mood rings and cat-eye moonstones represent how to use gemstones in emotionally. It also shows the power of spiritual. And how it relieves pain.


Your shopping cart is empty.
Checkout

Login with email
Don't have an account? Sign Up
By signing up you agree to the Terms of Service
Return to Login
Please enter your registered email address. We will send you a link to reset your password